The Role of Sun Salutations in your Vinyasa Flow

One of the many beautiful things about yoga is the diversity of styles you can choose from. Whether you're after a calmer mind, a more flexible body, or greater strength, whether you wish to be still or move quickly, there's a yoga discipline that's right for you.

What is vinyasa flow yoga?

Vinyasa flow is a type of yoga that is more faster-paced than other styles. The word "flow" refers both to the continuity of the motions and their synchronicity with the breath. Controlled breathing is a crucial part of this yoga style, in which upward movements are combined with an inhalation, and downward movements with an exhalation.

The fluidity of vinyasa yoga makes it more physically demanding than slower, more traditional styles. Though vinyasa movements are graceful, the effort necessary to transition from one pose to the next will increase your heart rate while testing your balance and flexibility. Certain poses, especially standing poses, inversions, arm balances, and backbends require body resistance that stimulates muscle growth, resulting in greater strength and stamina. 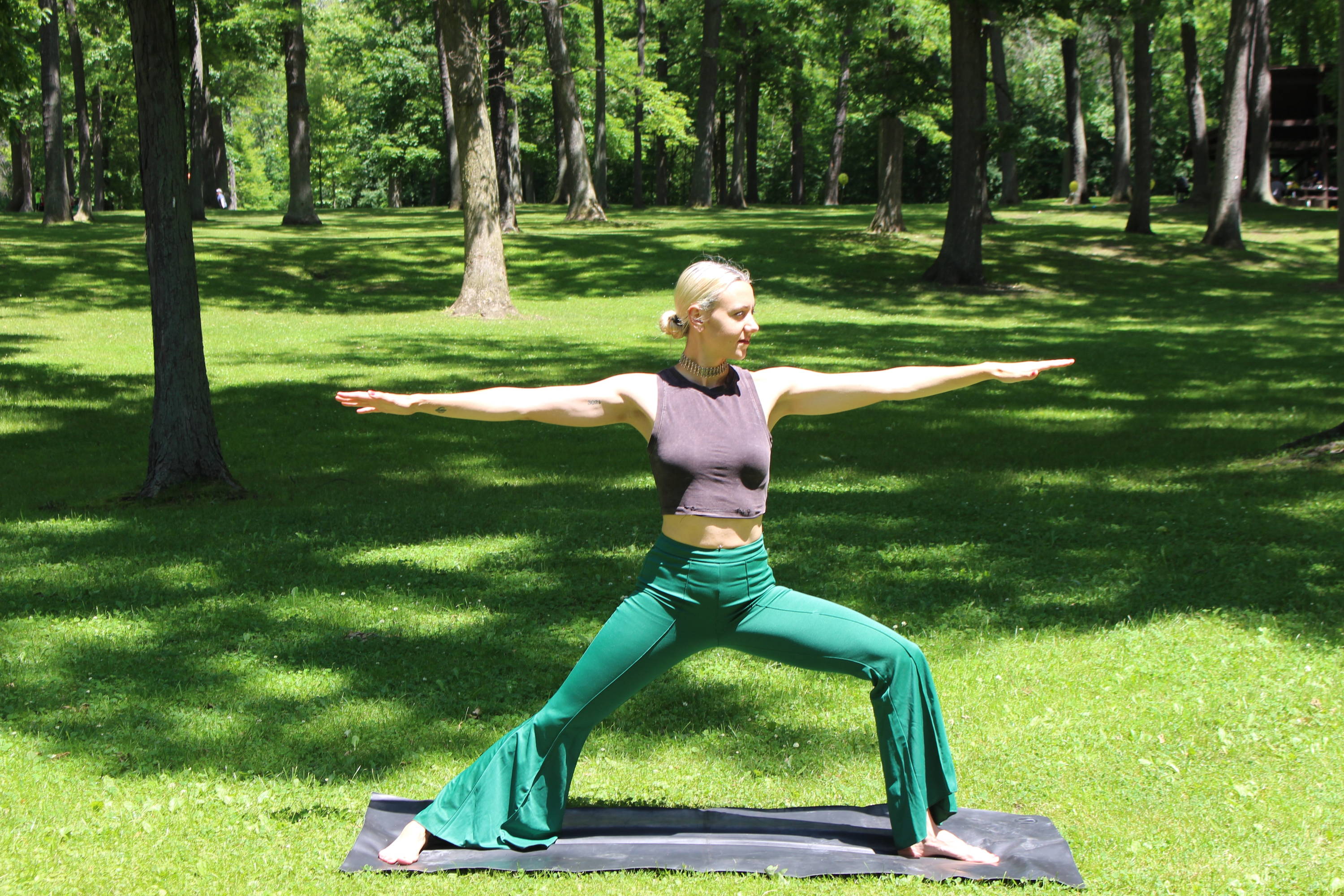 Many vinyasa yoga adherents report an increased sense of energy and wellbeing. Regularly practicing this discipline - as with any form of physical activity - can positively impact mental health. Not only do the movements and poses provide the physical benefits of both aerobic and anabolic (muscle-building) exercise, they decrease stress and stimulate the release of endorphins and energizing, mood-boosting neurotransmitters. Because steady, controlled breathing is integral to this style of yoga, you will remain grounded even as your energy levels rise. 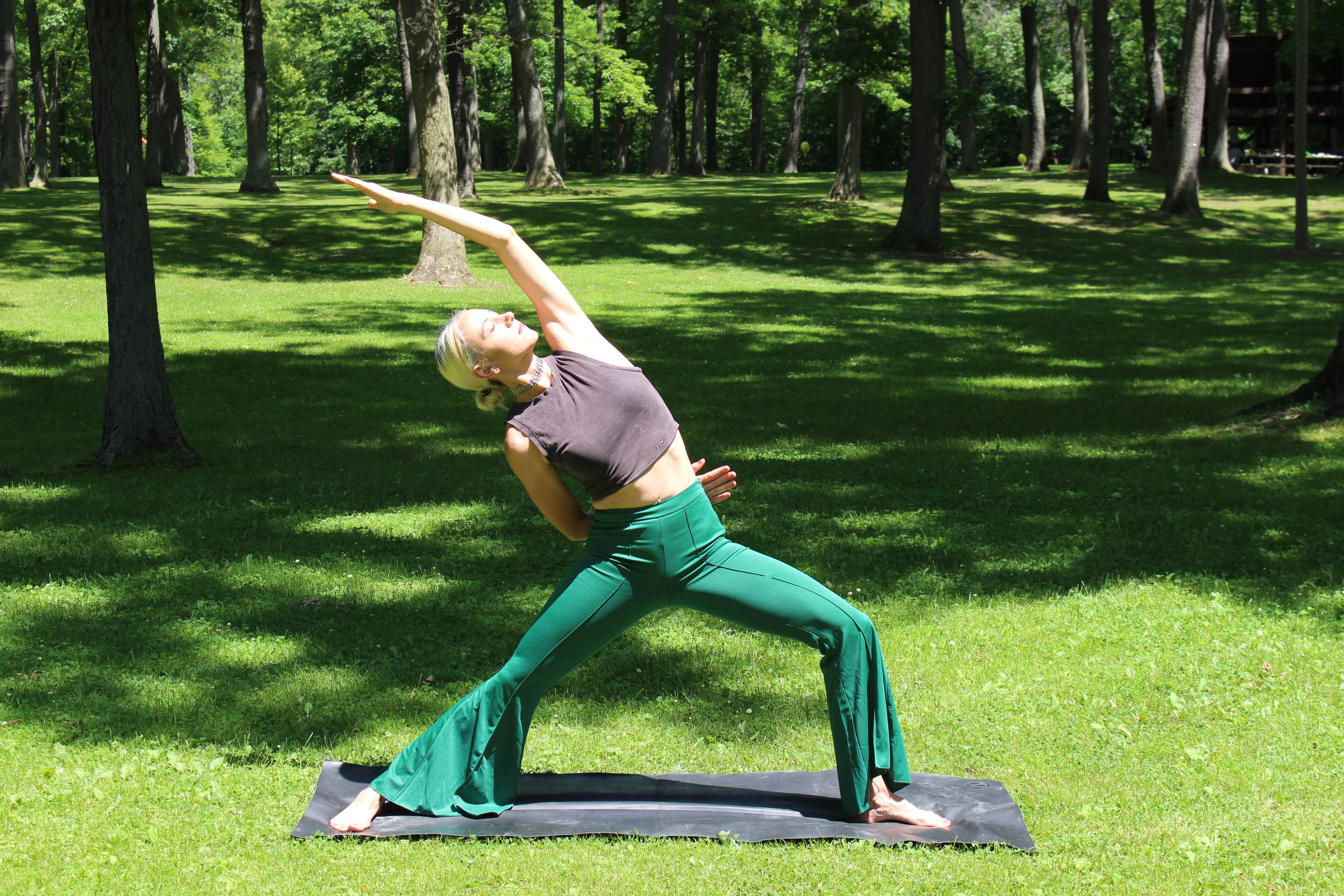 Salutations to a Shining Star

The sun - though a staggering 92,894,992 miles from earth - makes living on this planet possible. Hindus have worshipped the sun for millennia, considering it to be the source of all life. The term "sun salutation" refers to a series of fluid, continuous yoga poses which begin and conclude with the hands joined close to the heart - a gesture called a "mudra."

The exact sequence of poses varies from one style of yoga to the next. In the case of vinyasa, saluting the sun often starts and ends with the arms raised skyward, before finally allowing them to rest at the sides of the body. The process usually comprises a series of twelve movements.

Why Salute the Sun?

Performing the sun salutation helps you focus your mind. Unwanted thoughts recede when you concentrate your attention on how your body moves. You will be instilled with a sense of gratitude - simply positioning the hands in a prayer-like posture encourages you to contemplate upon that for which you are thankful. Finally, there are the myriad physical and mental benefits that flowing gracefully from one pose to the next brings - a stronger core, flexible limbs, improved balance, reduced stress, and an elevated mood.

Practicing vinyasa yoga and moving through the sun salutation combines the positive results of traditional yoga styles - which are grounding and calming - with the excitement of a faster-paced exercise routine. The regularity of the breath helps you focus on each pose and smoothly transition from one to the next. Your mind will become clear and your body will grow stronger.

By Suzy Bennet; All Rights Reserved @2015