What is Kundalini Yoga? 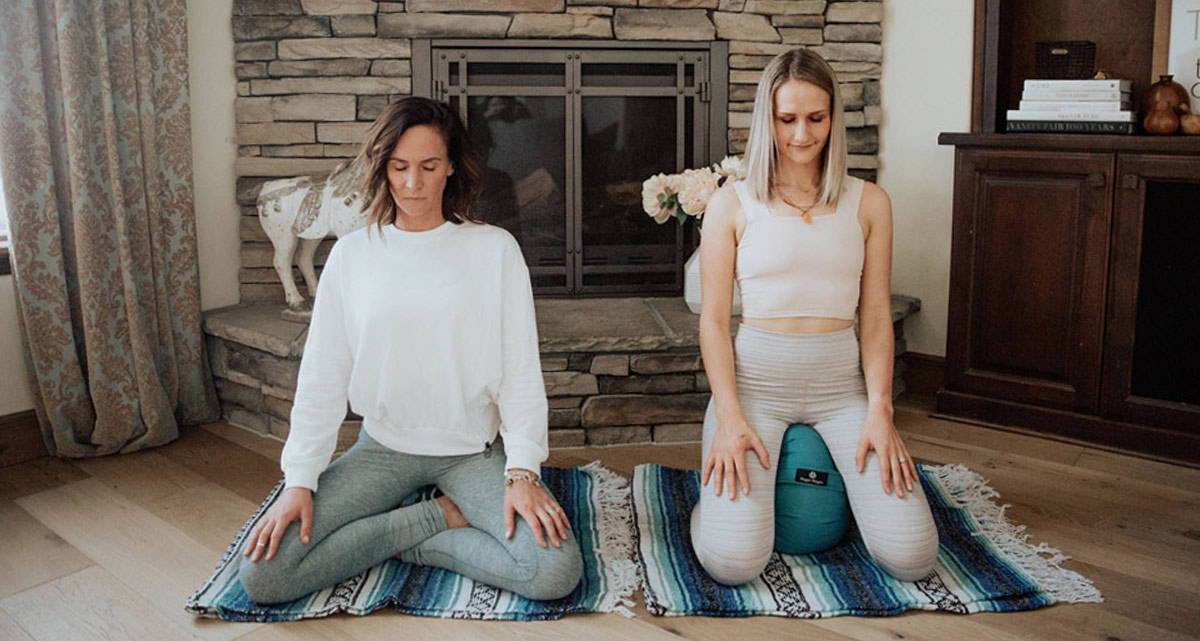 My first introduction to Kundalini yoga occurred at a retreat in Costa Rica, atop a mountain in a room that had glass from ceiling to floor. The view was remarkable and as I followed the teacher’s lead, practicing breath of fire (sometimes known as kapalabhati breathing) while moving and twisting my torso from side to side, there were butterflies swarming outside and birds soaring over the trees with the ocean crashing below. After 20 or so minutes of repetitive and intense breathing, I was filled with a sensation of bliss that brought tears to my eyes. In this moment, I knew that everything was okay. It was as if the energy of pure joy bubbled up from the deepest part of my being and all feelings of discontent left me. That is the beauty of Kundalini yoga. It elevates the frequency of living unconsciously, or on auto-pilot, to pure untethered consciousness and connection.

First introduced to the western world in the late 70s by Yogi Bhajan, Kundalini yoga is a combination of breath, movement, and sound. It derives from the Sanskrit wordkundal, which translates to “coiled energy.” The idea is that we all have energy gathered at the base of our spine and, through the practice of Kundalini, we bring that energy up our spine through the chakras, (energy centers in the body) and out the crown of our head.

The ancient yoga practice focuses on challenging breath exercises and postures along with chanting, meditation, and singing. These are often practiced in repetition for a lengthy period of time and can unleash dormant or blocked energy. A typical Kundalini yoga class consists of three parts: an opening chant (known as “tuning in”), followed by a brief warm-up for your spine, a kriya (which is a sequence of postures paired with breathing techniques), and a closing meditation or song.

Kundalini yoga is a great way to strengthen and tone your muscles. Some of the more intense breathing techniques like breath of fire, can also build core strength, as you have to engage your abdominal muscles with each exhale. This in turn improves digestion, increasing the efficiency of how your body processes energy. Research has found that regularly practicing Kundalini yoga, also increases serotonin (the happy hormone) in your brain.

Kundalini yoga is an intense practice, but both its physical and mental benefits make it a great option for beginners and advanced yogis alike. The ultimate goal of Kundalini is to increase your self-awareness by silencing your mind and unblocking your chakras so that your vital energy can flow freely. “The process of growth through Kundalini Yoga is a natural unfolding of your own nature,” Yogi Bhajan has said, “Like a snake, you will need to shed old skins to be more of who you are.”

By Julie Bertagna; All Rights Reserved @2020

By Julie Bertagna; All Rights Reserved @2020